Scheduled message and delay message are essentially the same. Both of them deliver messages to consumers at a fixed time according to the timing time set by the message. Therefore, delay messages are used in the following sections. 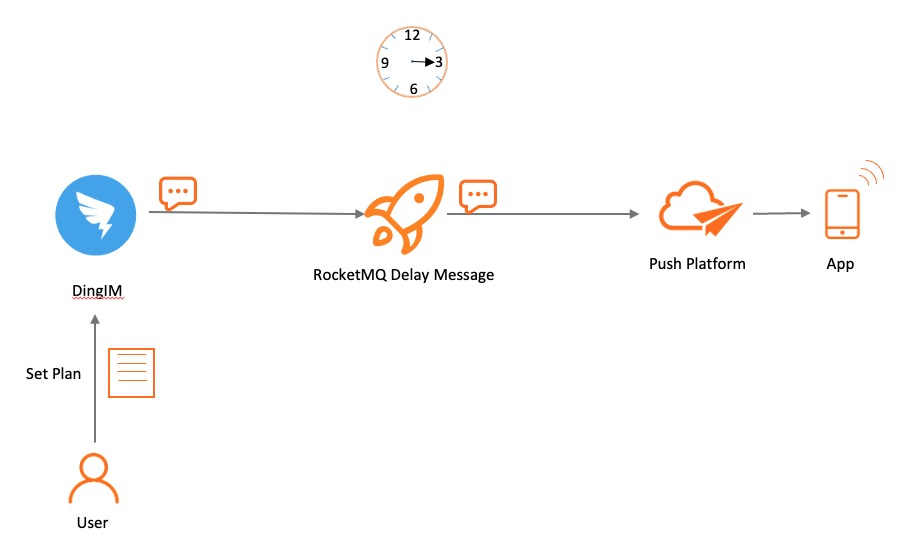 A distributed timed scheduling scenario involves tasks that require various time granularity levels, for example, a task to execute file cleanup at 5 o'clock every day or a task to trigger push messages every 2 minutes. Traditional dataset-based timed scheduling solutions are complex and inefficient in distributed scenarios. In comparison, delay messages in Apache RocketMQ allow you to encapsulate multiple types of time triggers.

A typical scenario that involves task timeout processing is e-commerce payment, where an unpaid order is canceled after it remains unpaid for a specific time period instead of being canceled immediately. In this case, you can use delay messages in Apache RocketMQ to check and trigger timeout tasks.

Lifecycle of a scheduled message

delay messages can be sent only to topics whose MessageType is Delay.

The time granularity for delay messages in Apache RocketMQ is down to milliseconds. The default granularity value is 1000 ms.

Unlike normal messages, delay messages must have a delivery timestamp specified for them.

The following code provides Java examples of delivery and consumption of delay messages:

We recommend that you do not schedule the same delivery time for a large number of messages.