Ordered messages are a type of message with advanced features in Apache RocketMQ. This topic describes the scenarios, working mechanism, limits, usage examples, and usage notes of ordered messages. 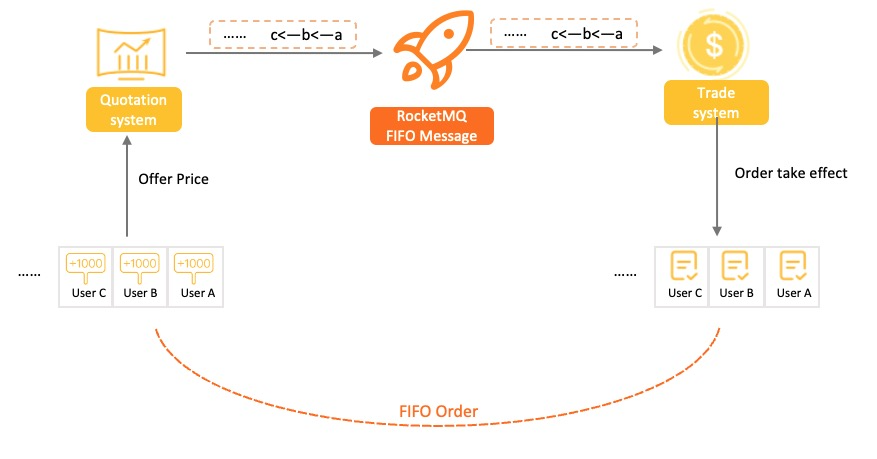 For example, in securities and stock trading scenarios, if multiple bidders offer the same bid price for a bid order, the bidder who first offers the bid price wins the bid. Therefore, the downstream order processing system must be designed to process orders in the order in which prices were offered. 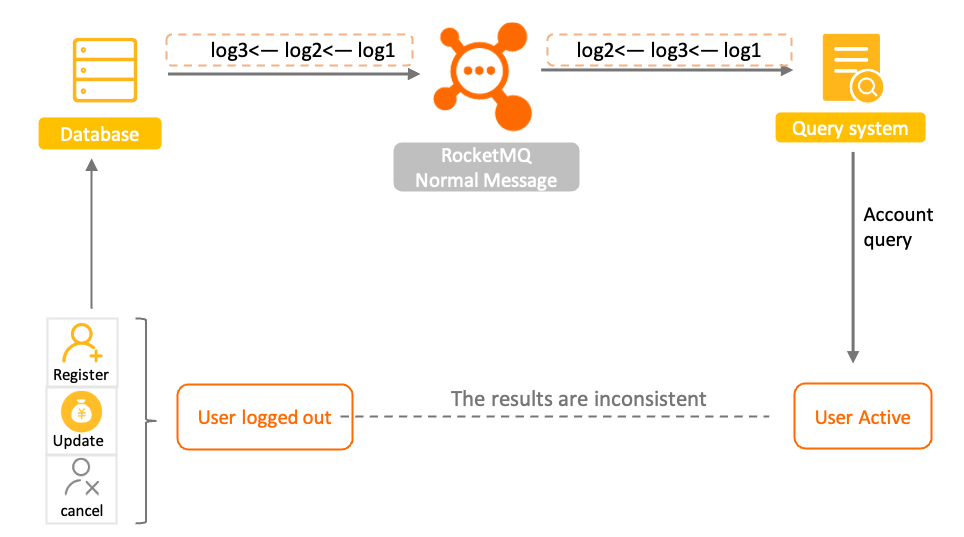 For example, you want to perform incremental synchronization of data that is related to database modifications. You can use ordered messages provided in Apache RocketMQ to transmit messages from the upstream source database to the downstream query system. The messages can be binary logs of addition, deletion, and modification operations. The downstream system retrieves the messages in the order in which the messages are sent to make the database status updated in the same order. Ordered messages help you ensure consistency between the operations in the upstream system and the status data in the downstream system. If you use normal messages in this scenario, state inconsistency may occur.

The defining characteristics of ordered messages are the order of message sending, storage, and delivery.

Two types of message order apply in Apache RocketMQ: the production order and the consumption order. 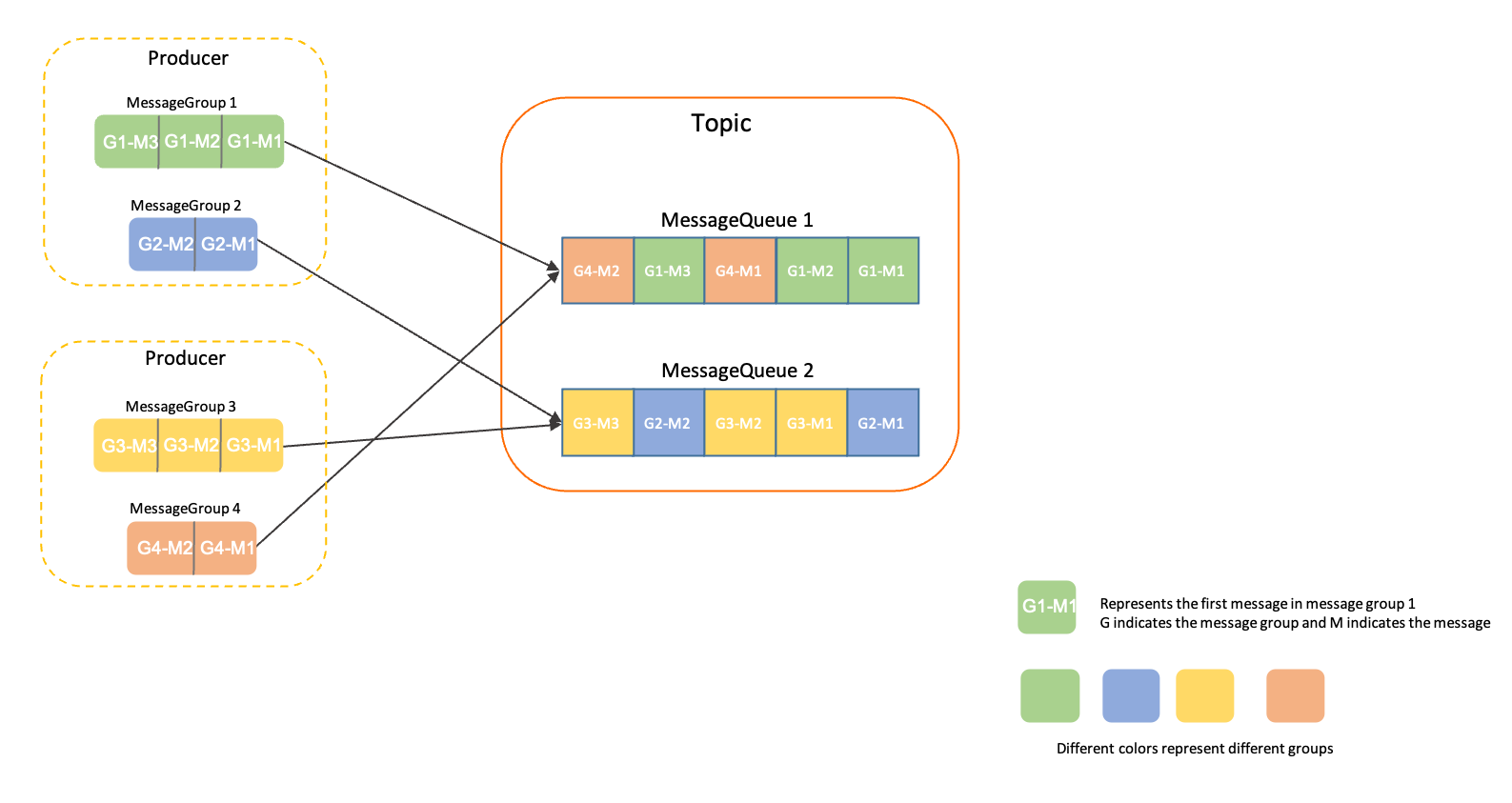 Lifecycle of an ordered message

Ordered messages support only topics whose MessageType is FIFO.

Compared with normal messages, ordered messages must have message groups configured for them. We recommend that you configure message groups at a fine-grained level based on your business requirements to allow for workload decoupling and concurrency scaling.

The following sample code provides an example on how to send and receive ordered messages in Java:

We recommend that you use serial message consumption instead of batch consumption. Consumption of multiple messages at the same time may cause out-of-order message processing.

Avoid including a large number of messages in a message group.

We recommend that you split messages in your business applications by message group. For example, you can use order IDs and user IDs as message group keywords to implement ordered processing of messages of the same user. You do not need to ensure the order of messages of different users.