In an e-commerce scenario, when a user places an order, downstream systems are triggered to make changes accordingly. For example, the logistics system must initiate shipment, the credit system must update the user's credit points, and the shopping cart system must clear the user's shopping cart. The processing branches include:

The typical method used to ensure result consistency among the branches is by using a distributed transaction system based on the eXtended Architecture (XA) protocol. The system encapsulates the four call branches into a large transaction that contains four independent transaction branches. While this solution can ensure result consistency, a large number of resources need to be locked to achieve this. This number increases with the number of branches, which results in low system concurrency. As more downstream branches are added, the system performance deteriorates.

A simpler solution based on the XA solution treats the change of the order system as a local transaction and the changes of downstream systems as downstream tasks. Transaction branches are treated as normal messages with added order table transactions. This solution processes messages asynchronously to shorten the processing lifecycle and improves system concurrency. 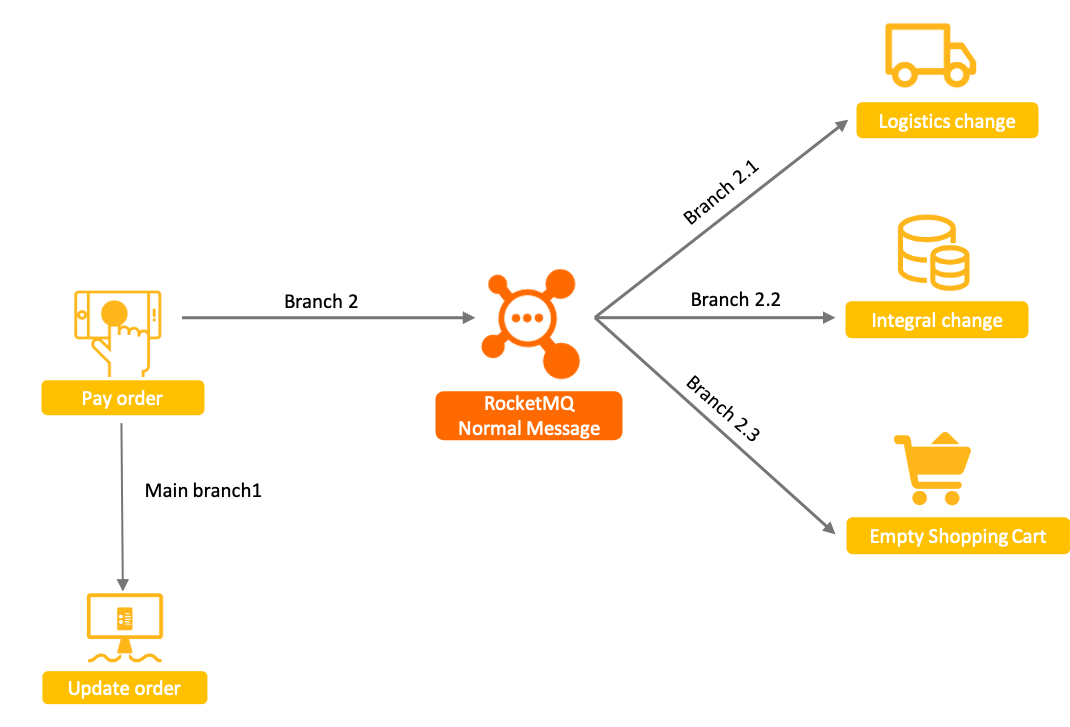 However, this solution is prone to deliver inconsistent results between the core transaction and transaction branches, for example:

The reason why consistency cannot be guaranteed in the preceding solution is that normal messages do not have the commit, rollback, and unified coordination capabilities of standalone database transactions. 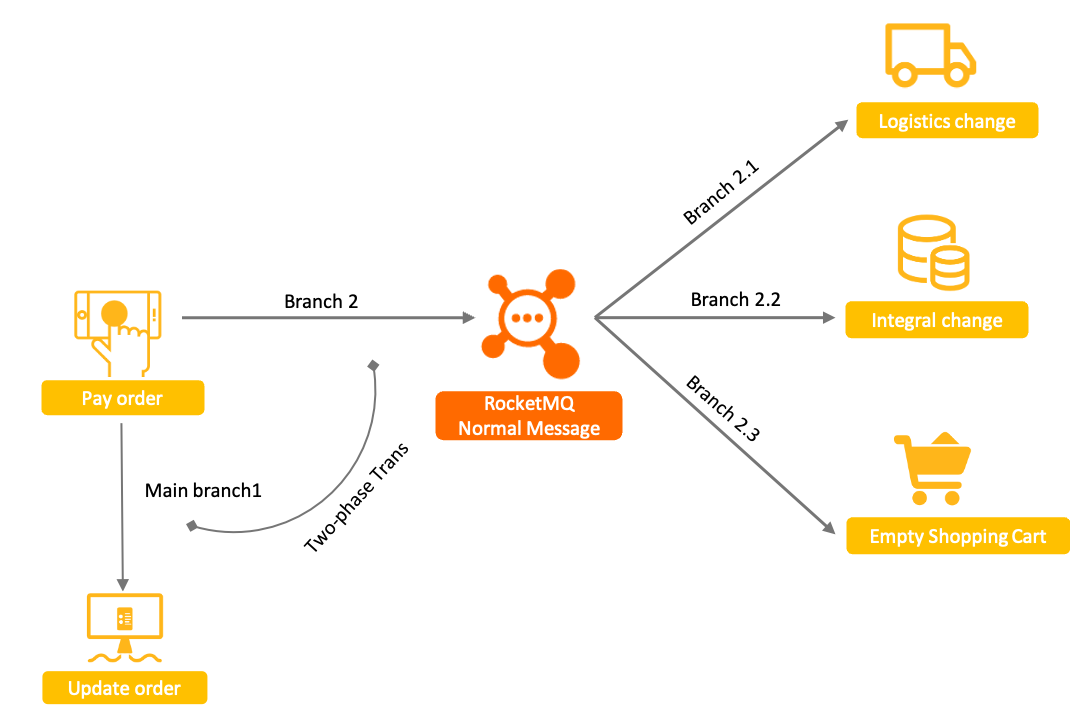 The following figure shows the interaction process of transactional messages.

Lifecycle of a transactional message

Transactional messages can only be used in topics whose MessageType is Transaction.

The transactional message feature of Apache RocketMQ guarantees that the same transaction can be processed between the local core transaction and downstream branches. However, it does not guarantee the consistency between the message consumption result and the upstream execution result. Therefore, downstream businesses must ensure that messages are processed correctly. We recommend that consumers Consumption retry properly to ensure that the message is processed correctly in the event of failure.

Apache RocketMQ implements a timeout mechanism for transactional messages. Upon receiving a half message, if the broker cannot determine whether to commit or roll back the transaction after a certain period of time, the broker rolls back the message by default. For more information about the timeout period, seeParameter limits.

Sending transactional messages is different from sending normal messages in the following aspects:

The following example uses Java as an example to show you how to send transactional messages:

Avoid timeout of a large number of half messages.

Apache RocketMQ allows you to check the transaction in the event of an exception during a transaction commit to ensure transaction consistency. However, producers should try to avoid local transactions returning unknown results. A large number of transaction checks can cause system performance to deteriorate and delay transaction processing.

During a half message status query, do not return Rollback or Commit for a transaction in progress. Instead, keep the Unknown status for the transaction.